The Volunteer's Dilemma in Game Theory is best described by a corny mathematics joke.

A mathematician, an engineer and a chemist are at a conference. They are staying in adjoining rooms. One evening they are downstairs in the bar. The mathematician goes to bed first. The chemist goes next, followed a minute or two later by the engineer.

The chemist notices that in the corridor outside their rooms is a rubbish bin that is ablaze. There is a bucket of water nearby. The chemist starts concocting a means of generating carbon dioxide in order to create a makeshift extinguisher but before he can do so the engineer arrives, dumps the water on the fire and puts it out. The next morning the chemist and engineer tell the mathematician about the fire. She admits she saw it. They ask her why she didn't put it out. She replies contemptuously "there was a fire and a bucket of water: a solution obviously existed.

What's the deal with the Volunteer's Dilemma?


If nobody volunteers, the worst possible outcome is achieved.

It only takes one person to volunteer, but everyone sits around waiting for someone else to be the volunteer. 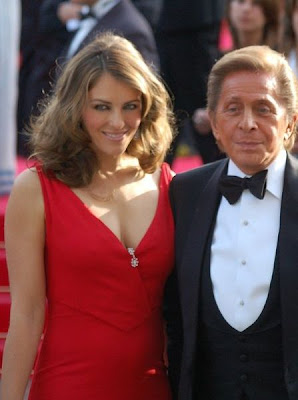 Elizabeth Hurley who thankfully volunteered to star in a new television version of Wonder Woman as Veronica Cale.
at March 05, 2011

Sweet, thank you! I fixed the link.