Ivo Vegter recently did a great post on climate change. In this post, he argues that admitting that we don't know enough about climate change is perfectly acceptable - and preferable - to jumping to conclusions either way. Certainly, we are nowhere near a state where we can sign on the dotted line in Copenhagen, carbon capping and taxing all carbon-based lifeforms and their carbon spewing ways when there is no conclusive evidence to suggest a link between carbon dioxide and global warming. I would like to take a different approach here, basing my arguments on the laws of thermodynamics.

The laws of thermodynamics

How to remember the laws of thermodynamics

C. P. Snow (that's Charles Percy Snow, not 'see and pee snow', smart ass) devised these rules for the layman (he had other plans for lay women. Plans that involved yellow snow):

How do the laws of thermodynamics dictate climate change?

The earth is viewed as a closed thermodynamic system. This means that the earth is the equivalent of a big greenhouse. Closed thermodynamic systems can exchange energy, but not matter, with its surroundings. The greenhouse gets energy from outside and releases energy to the outside - even though it does trap some of that energy inside. The greenhouse does not however move matter in and out through its glass panes, unless there's a poltergeist at work.

The Zeroth Law says Mother Earth has to play ball

It is important to note that no system can be truly closed. This is where the zeroth law of thermodynamics comes into play (you have to play the game). Your greenhouse will have a sun that heats it. Not only the sun, but also other greenhouses may exchange energy with your greenhouse, and in turn your greenhouse exchanges energy with them. This exchange carries on until thermal equilibrium is reached. This thermal equilibrium is not necessary at a warmer or colder point than from where we started, as no thermodynamic system is truly closed. There are more greenhouses than we could ever count.

This is because as soon as we have a colder, smaller footprint, our greenhouse is colder than the one next door. Our greenhouse then sucks the heat from that one, until thermal equilibrium is reached once again. This is inevitable for as long as we have a closed thermodynamic system.

For as long as we live in the hypothetical greenhouse, there is no way of ensuring that our greenhouse will get colder by making the things inside colder. Your fridge does not turn into an oven when you put a cup of smoking hot coffee inside it. Similarly, your oven does not turn into a fridge when you leave a tray of ice cubes inside it while it is on. The only way to ensure this scenario is by moving towards a point of absolute zero. That is, by switching off the oven, by unplugging the refrigerator and leaving them both wide open.

The Third Law says we can't unplug the sun

Switching off the oven and unplugging the refrigerator will not make us cooler, unless of course we were in Knysna or in Cape Town. It will make our carbon footprints smaller, but it's just not cricket. Since there is no absolute zero, we have no way of guaranteeing that we're going to go from warmer to colder by making our carbon footprints smaller.

Finally, I'd like to make it clear that I'm not suggesting we should do away with environmentalism. Certainly it is important to be conscientious and to take good care of our environment. It might not make the world a colder place, but it will make the world a more habitable place for ourselves and our fellow toxic carbon dioxide emanating friends. I do not however believe that any amount of paid vacations to Copenhagen or Kyoto for politicians who want to cap and tax carbon emissions on the one hand while saving the most toxic industries on the other hand is a smart way to ensure that people leave smaller carbon footprints. The fuel guzzlers of General Motors, the new hybrid cars in lieu of other alternatives and our own Eskom - dubbed the number one pollutant in the world - who still want to build coal stations in lieu of cleaner, safer, nuclear stations seem to suggest that there are ulterior motives. These motives are not guided by science nor by morality, but by the darker, colder side of human nature.

What is the answer?

Deregulate the energy industries and allow the market - which has long since indicated that it is ready for green fuel - to dictate what kind of cars we drive, the kind of energy we'd like and the kind of footprints we want to leave. If you are unhappy about your fuel guzzler, R & D something better and sell it to your neighbours. If you can manufacture it cleaner, safer and with less bureaucracy, why not? If you can't, you risk losing out to your neighbour who can.

Why global warming is a real threat

Global warming is a very real threat, but not due to environmental reasons. It is a threat to individual liberty. Without the freedom to produce what you'd like and how much of it you'd like to produce, we are at risk of losing economic specialisation. Without specialisation, we are at risk of returning to sustenance farming - if we are lucky. If we are not this lucky, we return to feudalism where we can only grow or produce what we are legally allowed to produce, and how much we are dictated to produce by Big Bother. Whether this results in a bigger or smaller carbon footprint is immaterial, thanks to the laws of thermodynamics and our closed system. We could of course destroy the ozone layer and shake things up a bit, but this might not be too wise (a bit like unplugging the sun, which again is no guarantee).

"Without deviation from the norm, progress is not possible" - Frank Zappa

More regulation means less opportunities to deviate from the norm, which in turn means less progress. Something to consider before we chant for our alpha primates to sign dotted lines on paid vacations in exotic locations.
at December 29, 2009 No comments:

The political theory of evolution

This is the theory of evolution as it applies to politicians. Most of us have seen this picture:

Evolution as it applies to us cubicle dwellers.

Why do politicians always have one hand in the air?

I noticed the other day that politicians always seem to have one hand in the air. This must be something their life coaches or NLP gurus teaches them.

Following this observation, I found a few pictures of politicians and this is the evolution I noticed: 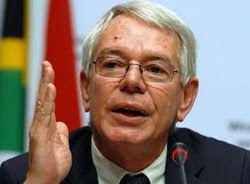 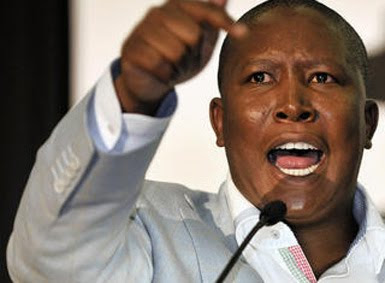 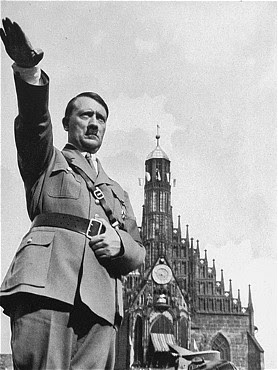 Obviously, Jeremy Cronin has to be the least evolved out of the three politicians I chose. This because he is the South African Communist Party deputy secretary general. Anybody who has been involved with communism for that long without having heard of Russia, Cuba and Cambodia's histories and connecting the dots has to be a few leather studs short of a kinky. He also has his arm and his hand the lowest of the three.

Next in line is Julius Malema. You can see he is more evolved because he needs less supportive eye wear and he has the gall to raise his hand higher. This is not making a cabinet, this is about making cabinet, so Julius is in his element. Like a pig in shit.

Finally, we have the politician who dared to raise his hand higher than them all: Adolf Hitler. A good example of why us commoners should stay out of politics entirely and leave it to the blue blood. Not the Blue Bull fans.

My fellow South Africans, I urge you to censor our politicians. We have to ensure that they do not dare to raise their hands this high when they are talking to us. Correlation does not imply causality, but it could imply casualties if we are not careful. Our politicians should not be allowed to raise their hands, unless of course they want to put them over their mouths. For this reason, we should embed the following command in all TelePrompTers: "Raise your hand, but not as high as Hitler did" .
at December 13, 2009 1 comment: