The Resource Based Economy mind virus

We've seen the Zeitgeist films and sadly they're still taking a hold on impressionable young minds that could be doing something useful instead. Despite its shoddy research, its baseless assertions and its gross generalisations (or perhaps because of them), a few things about the films stand out:

Bad ideas have a habit of outliving good ones, perhaps because they are neat, plausible and wrong. These are all hallmarks of the kind of thinking that does not require much thinking, and as we know thinking is the hardest work of all. Perhaps this is why the bad ideas keep being perpetuated, while paradoxically the good ones are also neat, plausible and slightly less wrong. Why the good ideas don't get perpetuated as readily is beyond me. 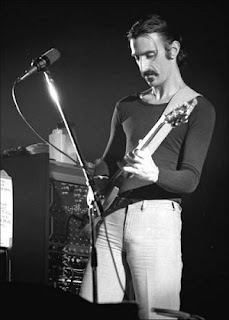 Here's an image of Frank Zappa. Because Zappa is god.


Why should we get rid of a monetary system?

The Zeitgeist films try very hard to blame all our current problems on a monetary system. This is probably because the Zeitgeist movement conflates a fractional reserve banking system with monetary systems everywhere. Most people are economically illiterate and the notion that money is the root of all evil is not exactly a hard-earned conclusion.

"Money is a matter of functions four, a medium, a measure, a standard, a store".


Let's picture a world without money to highlight why there is money in the first place: If all we have are commodities without a currency to mediate, we are reliant on the coincidence of wants. To simplify the point, let's forget all the other complications such as a lack of a store of value, a lack of a unit of account, a lack of a standard for deferred payment, and all the other benefits that money gives us. Let's just focus on the coincidence of wants.

Suggest that you are a dental floss salesman from Montana. You go to the dentist. Your dentist is already well-stocked when it comes to dental paraphernalia and he does not require more dental floss. You are living in a society that has been exorcised of all money. How do you pay for your dentist visit?

This is perhaps why some anthropologists claim that debt is the first instance of money. Maybe some barterers got sick of getting the same goods from the same people and just said let's stick to I.O.U.s. Just like Menger's original account of where money originated, this is pure speculation and the functions of money do not rely on the order of things. It does however show two things:


What is a Resource Based Economy?


Before we get to the Venus Project, it is worth noting what economics is. Economics is a social science primarily concerned with the production, consumption and distribution of resources. A Resource Based Economy thus refers to an economic problem per definition. Any notions that a Resource Based Economy is a radically new idea are thus misguided and testifies plainly of ignorance of economics as a field.


The Zeitgeist evangelists are familiar with the term as a reference to a system where information, goods and services are freely available. Their Resource Based Economy (RBE) relies fundamentally on the "average man" - a notion that first inspired the Socialism and Communism from which Zeitgeist bildungsphilisters are trying to separate themselves at all non-monetary costs.

This begs quite a few questions:

The dangers of this system are not contained in its misguided calls for getting rid of currency, but in its social engineering implications. Social engineering is nothing new: It has been tried and tested and it doesn't work. The reason why it doesn't work is because the needs and wants of a group of individuals cannot be accurately portrayed by merely averaging out their individual whims and conveniently ignoring the outliers. Many of the brightest, most highly qualified engineers have tried, and failed. This is nothing but the principle of 'from each according to their ability, to each according to their need' in denial and in disguise.

Is it a good idea to unravel all the gains of the Age of Enlightenment to return to a serfdom? Except now it's an improvement because of social engineering, scientific socialism, and the consolement that the serfdom is run by the same kind of bots that crashed Wall Street?
at February 16, 2013

Excellent critique. (Coming from an economic historian), the Venus Project is the terrible idea of an army of naive idealists.